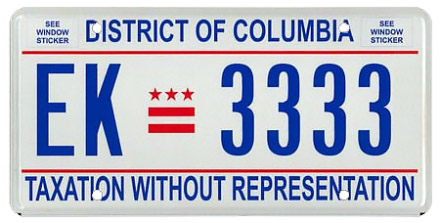 Buying a new car in Columbia District is much easier than buying a used one. But the latter option is much more affordable and thus attractive to average citizens. It’s hard to survive without a car in the capital of the USA, and of course you are willing both to buy a used car of a good quality and make this quite tough process faster and more comfortable for you.

In order to achieve these two aims, you should do a license plate lookup. A vehicle license plate is a plate which contains a VIN code – a so-called vehicle’s ID.

In the United States, license plates are issued by the State Government Vehicle Department or local authorities. In District of Columbia, they are issued by DC DMV.

There are several options to do a license plate lookup, but they are either too costly or time-consuming. The best option was created in the XXI century. It’s an online DC license plate lookup, where you can discover all the essential information about a car you’re going to buy just in a couple of minutes. After you type a 17-digit VIN number into a search window and press the “Enter” button, you’ll get a VIN report which will contain such data as:

Details on the Report

You should consider choosing another car in such cases as:

There are some steadfast ways to avoid fraud:

Good luck in buying your dream car after a thorough District of Columbia license plate search!