What Is An Airbag And How To Avoid Frauds 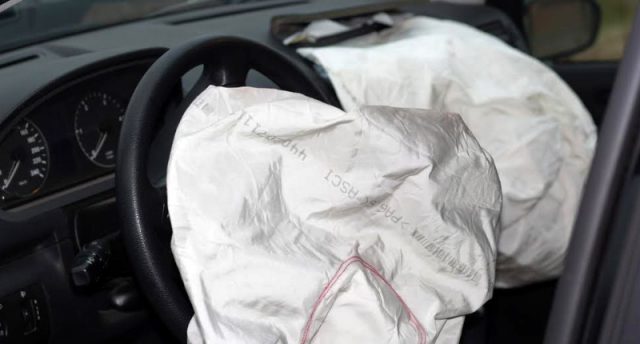 Here are Some Air Bag Facts

How to Check if Airbags Have Been Deployed

Insurance companies warn that automobile repair shops often cheat when replacing automotive air bags. That’s why you should know how to check airbag. An airbag can save a person’s health and life in a traffic accident, but only in case it’s installed correctly and has no damage.

When you restore the car after an accident, due to which an airbag worked, you should ensure that the vehicle is not equipped with an unreliable airbag or even a used one. Very often mechanics install an airbag taken from another car, but in the invoice issued to the insurance company, they indicate the cost of a new one.

As a result of such machinations, the workshop receives extra money, the insurer pays an overcharge, and the insured person is exposed to excessive risk.

An airbag which was rearranged from another car is not reliable enough because it can open with insufficient speed or not open at all.

In some cases, scammers go even further – they install a cover, under which the airbag is usually located, but do not install the airbag itself. They simply turn off the indicator, which should inform the driver about the absence of an airbag.

Airbag fraud can turn out to be quite a profitable business. A new airbag costs 500-600 dollars, whereas the used one can be bought for less than $100.

It’s rather difficult to determine the quality and availability of the airbag, since the indicator light may be damaged or turned off. Therefore, experts advise to make a replacement in workshops with a good reputation, as well as require a certificate of buying a new cushion manufacturer.

Despite the fact that such receipts are easy to forge when dealing with an attentive client, scammers can be cautious and install a new pillow. In addition, insurers advise to check whether the warning light comes on when the ignition is switched on. If the indicator does not flash for a few seconds, it may be off.

The issue is complicated by the fact that used airbags do not necessarily fail. At best, a properly selected and installed pillow will work as needed, but in the worst case, a tragedy can occur.

So, you should check very thoroughly if your vehicle’s airbag is safe enough not to be afraid of accidents. Heartless fraudsters do not care about yours and your family’s safety: they care only about those 300 dollars they can save while swindling you.

Air bags are made to be deployed, this is their crucial function. If air bags did not deploy, it means that probably many lives were lost. If they did, many lives were surely saved. Here are some easy life hacks you should remember:

Can car be fixed after airbags deploy? In very rare cases, it may be quite possible, but we don’t recommend you to drive your vehicle immediately after the airbags have been deployed. The car should be examined and repaired by a trustworthy mechanic before you drive it again.

Mind your safety and check airbag as often as it’s possible, you will never regret it. Sometimes knowledge is not only power but also life.

FAXVIN VS CarFax: What To Choose?